Jeff Hightower, Jr. is one of only six attorneys in Dallas who is board certified in civil trial law (NBLSC), is board certified in personal injury trial law (TBLS), and is a member of the Top 100 Trial Lawyers (invitation only; The National Trial Lawyers). He is rated 5.0 AV Preminent by Martindale Hubbell and 10.0 Superb by Avvo. He is a six-time Super Lawyer and a member of the Multi-Million Dollar Advocates Forum. All you want to know is can JHLAW help you with your legal matter.

The answer is… Maybe.

We are small firm and pass on 9 out of 10 cases. When we take a case, however, we put our hearts and souls into giving you the very best chance for a very successful legal outcome. As a husband and wife team, communication about your case is seamless, and you always know who is working on your case. No JHLAW client ever gets lost in the shuffle. Call us today. We are here to help.

In 2002, Jeff decided that he wanted to represent people instead of large companies and began working for a well-known plaintiffs’ firm in Dallas. He quickly learned the ropes and became that firm’s highest producer in 2005, achieving settlements of $5,000,000 and $2,250,000 in that year alone. He also gained an appreciation for being able to help people who would otherwise never be able to take on the big companies he represented in the past.

In 2006, Jeff decided to form his own firm and continues to achieve outstanding results for his clients. Representing clients around the country in state and federal courts, Jeff gives personalized service to each of his clients, all of whom have his personal cell phone number.

Jill Hightower is an essential component in the delivery of legal services at JHLAW. Ms. Hightower is board certified in civil trial law, a distinction she share with fewer than 20 paralegals in Dallas. She is intimately involved in case planning and execution of legal strategy. JHLAW, PLLC is a boutique litigation firm specializing in catastrophic and complex civil trial matters. Specifically, the firm specializes in business disputes, achieving the 5th highest employment law verdict in the State of Texas in 2012. The firm also litigates product liability matters primarily against the nation’s most prolific bolt-action rifle manufacturer. Finally, the firm helps victims of aviation accidents and disasters; HLG represents 8 of the 63 Americans on the Asiana Airlines Flight 214, the Boeing 777 that crashed in San Francisco on July 6, 2013.

The cases that HLG litigates are often complex. Jill’s role in the initial client interview/investigation stage requires that she meet with potential clients to coordinate the investigation. She is the point of contact for clients and maintains close communication during this process. She routinely hires private investigators to assist in gathering facts and witness statements. She arranges for site inspections, multi-party gun inspections in various states, the transfer of rifles across state lines, and many other case-specific responsibilities.

She assists in drafting and filing motions for summary judgment with corresponding affidavits and proposed orders, motions to compel witnesses and documents, motions to dismiss, non-suit of settled and/or extraneous parties. She also prepared numerous subpoenas and letters rogatory as well as coordinating witness payments. Jill prepares deposition notices and completes written discovery.

Jill has participated in ADR in nearly every case in both federal and state court for the firm. In some instances, our cases are mediated multiple times. Jill has prepared documents and notebooks for presentation of the case to the mediator and presents the damages portion of a case at mediation. Importantly, she collected and prepared numerous documents to present to an arbitrator in a case that was pending in the Middle District of Georgia, Albany Division. As a result, JHLAW achieved the first finding against a major bolt-action rifle manufacturer since 1994, including punitive damages.

Jill has been the sole trial paralegal for six trials as well as preparing several cases for trial that settled shortly before trial was scheduled to begin. Trial preparation responsibilities included preparing and filing the exhibit lists, motions in limine, witness lists and motions requesting jury questionnaires. In addition, Jill participated in voir dire planning meetings and overall trial strategy meetings. Her responsibilities also include trial subpoenas, scheduling experts to appear and coordinating lists of witnesses in the order that they will appear in trial. 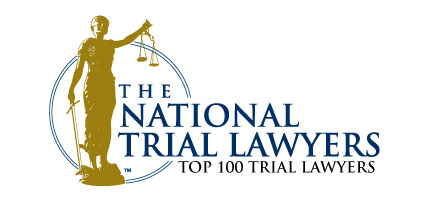 Contact JHLAW today if you or a loved one has been involved in a hunting accident.